One of my closest friends met one of her personal heroes only days ago. A sports star she respects for his talent, accomplishments and an origin close to her own, she aimed to use the Law of Attraction to manifest meeting him.

She’d said to herself that she would meet him and then, let the whole thing go. Relying on one of our past conversation during which she was reminded of letting go being the fastest manifestation formula, she relied on the notion that if she believed and genuinely felt great in the meantime, she would receive her desire. Regardless of her sports hero being a busy world traveler, she believed in meeting him; after each time the idea would enter her mind, she decided to believe and let it go.

She relied on the idea that if able to let it go, she had to receive her desire. She knew that with anything in life, the ability to breathe easy around it happens when one believes in having it.

To recap, what does letting go mean? It means knowing that one’s desire belongs to them already based on their decision to have it and their belief in receiving it. Beyond belief, their determination in the positive outcome causing the knowing that it simply must happen! Once this knowing has been established in one’s mind, they are able to relax, live their life and do their thing, knowing their desire is going to manifest.

Since letting go made her feel great, she was able to channel a great deal of passion into her desire. She focused on living the kind of life she loves. Since giving to others makes us happy and therefore allows the happiness to come back to us, she found great joy in helping her friends with anything she could. Work went smoothly for her because she was making a continuous effort to feel positively about everything in her life; for the same reason, she dove into specific activities which she enjoys profoundly.

Throughout this period of her life, she realized how amazing focusing on her happiness truly felt. Putting guilt-inducing obligations or the comfort of others before her own in the past, she now realized how much giving to herself and her own happiness truly meant. She realized it was was worth it to focus on her own happiness first because it had made her feel increasingly good about herself. In addition, she had removed any negative individuals from her inner circle and one from her life entirely.

She kept in mind that keeping her vibration high was her responsibility. Every time she had a moment of doubt, she had said to herself, “It has to happen, it is possible!” Then, she would shift her focus to something she loved and wanted to do that moment.

After letting her desire go, she also realized that only then did it start to seem possible.

While attached to a desire, one fails to connect with it profoundly, trying to make it feel “perfect” in their mind instead. This type of attachment results in a continuous battle between one’s positive and negative thoughts, causing slow progress or none at all. Thinking you could never be happy without your desire in your life causes you to continue to be unhappy without it.

Being able to be happy now, before receiving your desire yet knowing it is yours already, ensures manifestation.

Feeling that her desire was possible made it feel normal in her mind. She was still filled with happiness at the idea of having her desire but that happiness and normalcy made her desire feel like a regular thing in her life. At the same time, she felt increasingly happy because she was doing things for herself. Every time she had helped somebody else, she helped herself. We get what we give.

She simply refused to give her focus to anything but her happy existence.

During this time, she also saw almost no signs connected to her desire. However, she chose to believe anyway. She chose to feel great regardless!

One day, she went shopping with a friend when a salesgirl told them that her favorite player’s team is scheduled to do a meet-and-greet at one of their stores the following morning. She was there and so was he; they met, chatted, took photos together and he signed an autograph for her. This entire event felt absolutely normal to her while making her happy; it felt like a perfectly natural thing to happen to her.

When knowing one’s desire belongs to them already or even just believing it is to be, it feels normal. Even when charged with positive emotion, one is not surprised it happened to them, as they saw it coming. They expected it to happen.

After the salesgirl had told her about the appearance, she saw several signs.

Regardless of lacking in signs, she sometimes hoped and other times, knew her desire would come to be while trying to consciously put it out of her mind because letting go entirely made her feel good. When it would come to mind, she felt good about her desire for a minute and then, let it go.

She had said to herself that they should meet on October 22nd. They met on November 14th. Time was no issue in her mind and her desire manifested fast as a result.

Focusing on factors such as time is enough to make any conscious manifestation practitioner unhappy. Focusing on time shows one’s disbelief in receiving their desire.

I call this story a classic manifestation because of its sheer simplicity. This story shows how little work it all takes; focusing on life, love, yourself and your happiness is all it takes. Any manifestation of any desire works according to the same principle in life and you can apply these very steps to absolutely anything you desire.

12 thoughts on “A Classic Success Story – Meeting a Specific Person” 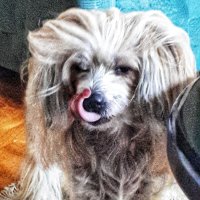 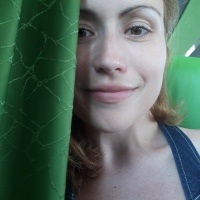