Disclaimer: This is a non-profit blog, because just because.

I have realized all over again that feelings of doubt which come up in contradiction to your affirmations, those reactions from your mind trying to convince you that your desire will never manifest, truly mean nothing.

Contrary to popular belief, these thoughts are not the Universe communicating with you. They are just your well ingrained habits – but not the good ones.

I was expecting some news yesterday – and I didn’t affirm the desired end result more than once. The feelings I was having didn’t feel compatible with my affirmation and the choice to believe in the manifestation of my desire.

And then, the day came.

I was even afraid to read the WhatsApp message I knew would deliver the news. Yet once I did, not only did I see that everything worked out the way I wanted, but it worked out easier and faster than I ever could have imagined. Sometimes, the best scenario happens when we’re not thinking about it at all.

The concept we often discuss in our blog community, “Affirm what you want, choose to believe even when you don’t ‘feel’ it and then move on with your day,” paraphrased, has been extremely obvious in my life for the past few months. I hadn’t told you this yet but lately, I couldn’t even be bothered to affirm any of my desires! I would say it was going to happen once then not think it again out of sheer laziness, and everything’s just been coming to me! I made an effort to seek something out once, again just once, made one move on pursuing my manifestation instead of letting it arrive, then let it go and it arrived on the same day next time it entered my mind.

Your mind’s negative reactionary response to your affirmations does not mean that you don’t believe in the manifestation of your desire! This is a common misconception.

Your mind isn’t saying you don’t believe simply by reacting with a doubting thought – it is merely working in a way it’s been used to working for years. One’s mind is its own creature of habit.

It’s your agreement with the reaction of your mind that shows your true disbelief, and if you choose to disagree with those nagging thoughts that claim you your desire won’t happen, that is when you truly believe that it will. It’s not the thoughts that come up – it’s your reaction to them.

Sometimes, we have to call our bad habits what they are, for the sole purpose of changing them. Negative thoughts from your mind are meaningless. 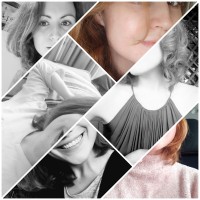 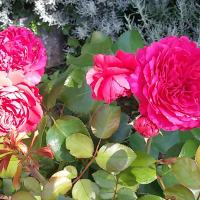